When it comes to your child's development, their early years are the most important. These early years take place between birth and 8 years of age. It's during this time that children are rapidly developing both physically and cognitively. They are also developing social skills, as well as emotion regulation and language. Development in all of these areas is necessary for learning. For this reason, when a child enters school, it's important that they get evaluated for any developmental disorders that might hinder their ability to learn.

Here are three developmental disorders all parents should know about.

Children with intellectual disabilities might be behind in certain areas, including motor skills, language development, and problem-solving. Children might also have trouble understanding social rules and have problems with short-term memory.

Many developmental disorders are apparent shortly after birth or during a child's toddler years. ADHD, however, might not be diagnosed until a child is halfway through their early development. Parents who suspect their child might have this developmental disorder should have an ADHD evaluation done as soon as possible. Children with ADHD usually either exhibit signs of inattention or signs of hyperactivity. Some children exhibit a combination of signs.

Children with inattentiveness might have trouble paying attention, focusing on tasks, following instructions, or organizing tasks. Children with signs of hyperactivity or impulsivity might constantly fidget, talk excessively, interrupt conversations, or get easily distracted. An ADHD evaluation can help determine whether your child has trouble with inattention, hyperactivity, or both.

Because of the different forms of cerebral palsy, it's often not clear until the child is older as to how their condition affects development. For example, some children with this type of development disorder might never attain certain motor, language, or cognitive skills. 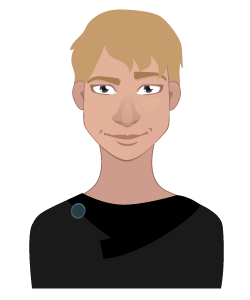